Most early hair loss is caused by the same process causing hair loss later in life. This process is referred to as androgenic hair loss.  Both men and women produce small amounts of a hormone called dihydro-testosterone (DHT).  This hormone causes hair follicles to shrink and produce smaller and smaller hairs with less and less color.  The follicles on the top of our scalp are more sensitive to the effects of DHT than the follicles on the sides or back of our scalp.  It is this pattern of sensitivity that results in the pattern of early hair thinning typically seen. 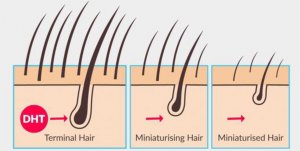 What are Common Patterns of Early Hair Loss?

Early hair loss in men and women almost always has a common pattern.  In women, the hairline is typically preserved and thinning of the hair occurs on the top, sparing the sides. Men show one of two different patterns. In Type A, the hairline starts to recede and progresses backward on the scalp.  Type B begins with thinning over the “crown” of the head and tends to enlarge from there.  In both genders, the sides and back of the scalp typically retain full-size hairs.

What Can be Done for Early Hair Loss?

Early hair loss can be treated effectively.  Minoxidil is an over the counter medication that helps early hair loss.  It must be continued long term and may cause some increase in facial hair, so it has never obtained widespread popularity.  There are several prescription medications for women and men that can help.  Due to the need to continue long term and potential side effects, these drugs are often not used.  Low-Level Laser Therapy (LLLT) is an excellent option for women and men with early hair loss.  LLLT works by increasing the blood flow to the hair follicle.  LLLT also decreases the effect of DHT on the hair follicles.  In studies, 98% of patients using LLLT see an increase in hair of 20% and 89% of patients see a 30% increase.  This is typically enough to restore most or all of the problems for women and men with early hair loss.

What if an Area of My Scalp is Resistant to all Treatments?

No treatment works all of the time in every patient.  When all else fails, hair transplant using follicle unit extraction (FUE) is usually the best option. FUE works well for both women and men.  FUE takes individual hair follicles from the sides or back of the scalp where there is plenty of hair and places them in the areas that have thinned. 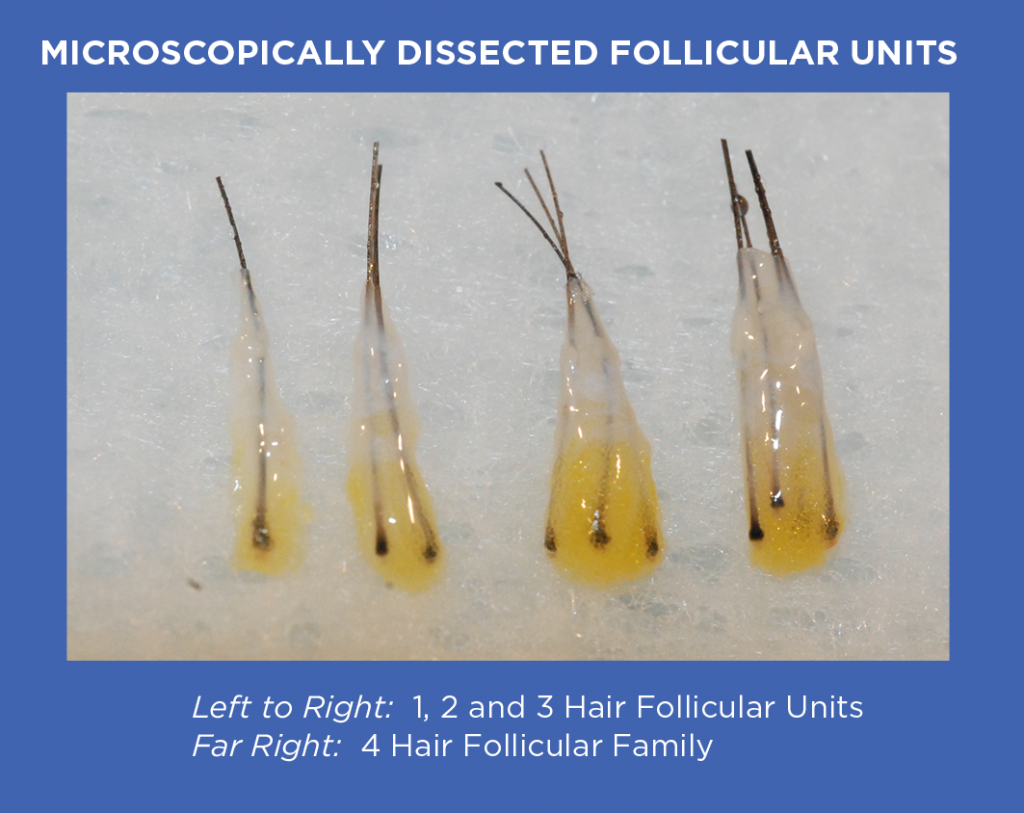 The hairs survive in their new home over 98% of the time, so this treatment is highly effective.  It is also permanent.  Since these hairs are already resistant to the effects of DHT, they do not miniaturize over time. At Innovations Medical we do hair restoration procedures at both our Dallas and Fort Worth office locations.