Why Choose Innovations Medical for Your Liposuction?

Not all liposuctions are created equal. At Innovations Medical, we use advanced technologies that allow us to remove more fat with minimal invasion. This results in a more comfortable experience for you as a patient: Less swelling, less bruising, and shorter recovery time.

Innovations Medical and Dr. Bill Johnson have a long list of firsts in the area of Liposuction. These include among others:

In fact, all of our procedures are so unintrusive, that they are performed right in the doctor’s office, while the patient is awake. We only apply mild sedation for local anesthesia to maximize your comfort.

How Does Liposuction Work?

Liposuction is a medical procedure for removing fat. Human beings’ fat tissue is solid but fairly soft. It is composed of large cells containing stored fat held together by a “spider web” type network of a protein called collagen. 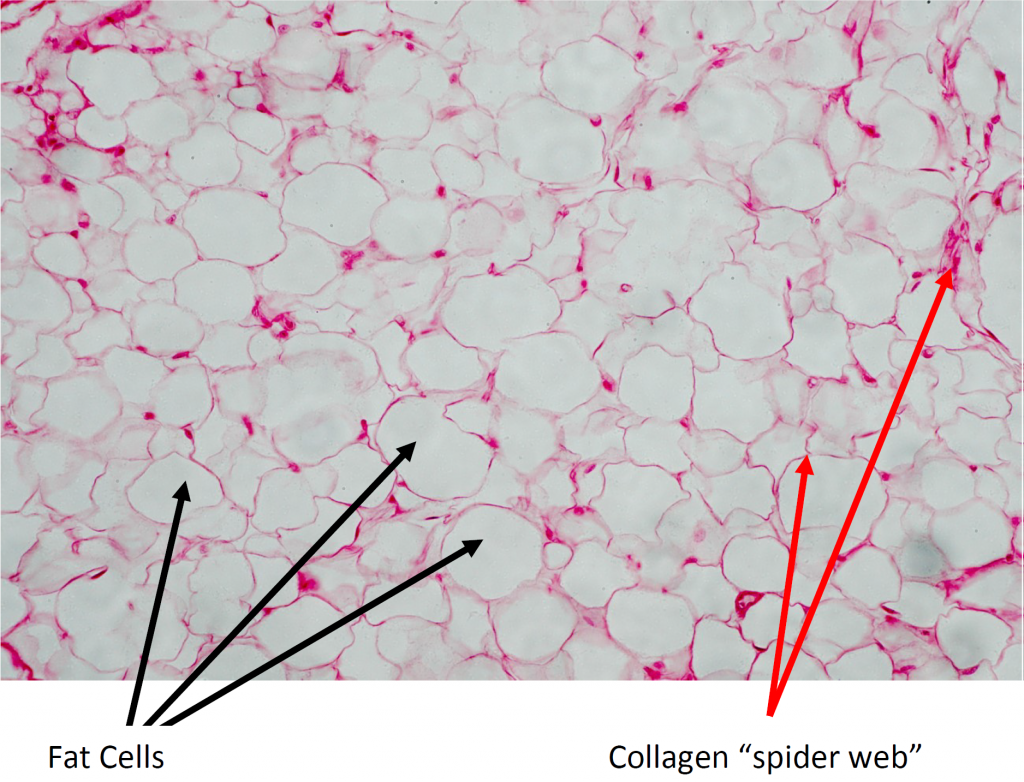 The doctor performing liposuction uses a cannula (a narrow tube with a blunt tip) attached to a suction or vacuum, as a vacuum cleaner. This allows the doctor to:

Liposuction can be done on almost any area of the body where there is fat. There are many different tools and types of procedures used to produce beautiful results with liposuction.

What Kind of Liposuction Procedures Are Commonly Used?

What Kinds of Anesthesia Are Used for Liposuction?

Tumescent anesthesia along with mild sedation

Tumescent liposuction gets its name from how the anesthesia is achieved. A special fluid is pumped into the surgical area until the area becomes firm or swollen. The Latin word tumescence means “swollen” and gives the procedure its name.

General anesthesia with tumescent anesthesia added once the patient is asleep

Tumescent fluid contains saline (water with the same amount of salt as our bodies), lidocaine, sodium bicarbonate, and epinephrine (Adrenaline). This combination provides excellent numbing so that liposuction and other procedures can be performed safely and comfortably. Among the added benefits of tumescent fluid are

Almost all liposuction cases today add tumescent anesthesia to the treatment area because of the increased safety.

How Much Does Liposuction Cost?

Simply stated, liposuction under tumescent anesthesia typically costs $2,000-4,000 per body area. Using general anesthesia traditionally adds another $2,500-6,000 for the facility and anesthesiology. At Innovations Medical, we price our body areas as pairs – both arms, inner thighs, love handles, etc. The stomach is divided into upper and lower stomach or abdomen. When you compare pricing, be sure you are comparing “apples to apples”. Some centers may not suction an area after using the laser, leaving most of the fat. Some may price just one arm or love handles and some centers mark small areas. Since this involves your body and is a major financial investment, we recommend in-person consultation for individualized planning and pricing whenever possible.

What Types of Liposuction Are Used at Innovations Medical?

We also have different types of procedures:

Vibro Lipo (also called “Tickle Lipo” and “Air Sculpt”) allows us to suction fat faster and smoother than previous technologies. In fact, our very own Dr. Johnson was the first physician in the United States to offer this type of liposuction, making him a true leader and expert on the procedure. He has performed over 5,000 cases using Vibro Lipo.

In addition, we offer laser-based liposuction using SmartLipo. Something to note, our very own Dr. Johnson was the first physician in North Texas and the second in Texas to use SmartLipo. SmartLipo provides twice the benefit: melts away the fat as well as tightening the skin, allowing you to obtain that perfect figure you’ve always wanted. Dr. Johnson has performed over 6,000 SmartLipo cases. We have continually updated our SmartLipo devices to keep up with advances in laser liposuction.

No matter your age or gender, we’ll make sure to find a solution and provide you with the best version of yourself possible. No matter the procedure you choose, you’ll leave our Dallas or Fort Worth facilities with a shapelier body and tighter skin. This includes your stomach, love handles or flanks, inner and outer thighs, upper back, bra area of the back, upper arms, neck and jowls, buttocks, knees, and male breast reduction. We now also offer laser-assisted female breast reduction see our page Smart Breast Reduction and Lift Using SmartLipo

Read our blog on ten common myths about liposuction:

The 10 Most Common Liposuction Myths

Other blogs you may want to read about liposuction:

Most Popular Body Locations for Liposuction

Is Liposuction A Long-Term Option?