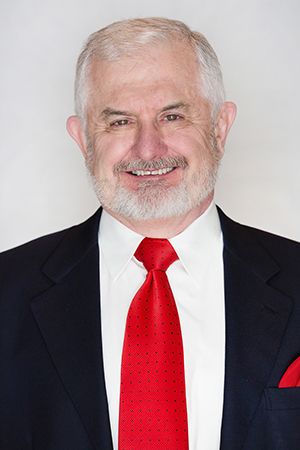 Dr. Bill Johnson was born in Dallas, Texas, and graduated with honors from Texas Tech University with a pre-med degree. Dr. Johnson received his doctorate from Texas Tech University in 1981 and completed his internal medicine residency at Tech in 1984. From 1984 until 2000, Dr. Johnson practiced as a partner at Lubbock Diagnostic Clinic, serving many of those years as president of the group. Dr. Johnson opened his first practice in Grapevine in January of 2002. In 2005, Dr. Johnson added aesthetic medicine to his practice. In 2006, Dr. Johnson’s Grapevine practice was renamed Innovations Medical, which has since moved to Dallas with offices in Fort Worth and Frisco.

Dr. Johnson is a regular contributor to “Good Morning Texas,” the leading morning show in the DFW area. He is also a featured expert on ABC, FOX, NBC, and CBS. Dr. Johnson is a member of the Texas Medical Association, the American College of Physicians, the American Academy of Cosmetic Surgery, National Society of Cosmetic Physicians, American Society for Laser Medicine and Surgery and Alpha Omega Alpha Medical Honor Society.

How To Hide Back Fat In a Wedding Dress

How Does Stem Cell Therapy Work?

Why Do We Get Loose Skin?

Why Stem Cells Come From Fat, Not Babies

The Art Of Laser Resurfacing

Dr. Johnson was the first physician in the U.S. to use AWT for Cellulite Reduction.

Dr. Johnson was the first physician in the U.S. to purchase the SmartXide DOT Laser after FDA approval.

Innovations Medical is recognized as one of the highest-volume Thermage accounts in the world by Solta Medical, Inc.

Dr. Johnson is the first Smartlipo physician in North Texas.

Dr. Johnson and team participate in innovation of Thermage technology.